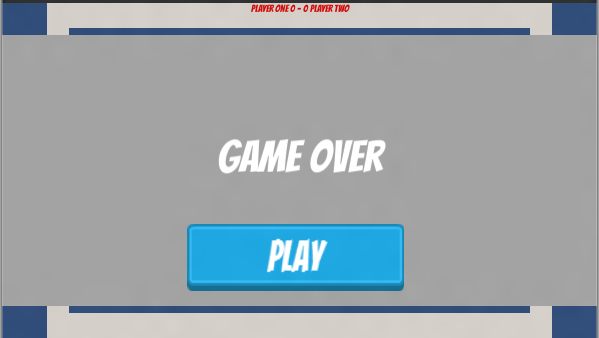 In this part of our Pong tutorial series we will finally add sound to our game! We’ll also get a bit more practice with scripting and the Unity UI system.

You probably know the drill by now – create a new folder within Assets called ‘Audio’, and drag the sound files from the assets .zip into that folder (you can download the assets .zip file here). They will automatically have the correct names based on the file names.

We want to add sounds when the game is played, so start by opening the main game scene (Scene1).

An AudioSource is a component that plays audio in your scene.

An AudioClip is an actual sound component.

Also add this variable, which we’ll treat a bit differently:

Remember, until you save a script, any serialized (or public) variables you have added won’t appear in the Inspector.

Drag the relevant audio clips onto the above variable fields via the Inspector in the same way we’ve done for other components in previous parts. This lets us populate those variables with the correct sound file.

We could (or rather should) do the same with the AudioSource (i.e. drag a component into the Inspector), but we’ll use a different method just so you can see this other method in use. Unity has ways to ‘find’ a GameObject or component within the current scene (or the GameObject that the current script is attached to). We’ll use one of those ways to find the AudioSource.

Add the following to GameManagerScript‘s Start() method (it doesn’t matter whereabouts in the method this goes):

That line looks through the GameObject this script is attached to and finds a component of type AudioSource, then puts a reference to it in our audSource variable. A similar method lets you find a GameObject:

There are a few variations on these that we won’t go into, but you can find anything in your scene using these finder methods.

Searching for Unity components and GameObjects can be very slow (or ‘expensive’ in programming terms). You should never search for a component or GameObject during any of your game’s update methods (Update, FixedUpdate, or LateUpdate) or inside loops, as code can run very often, compounding the slowness. If you need to use a specific GameObject or component in repeating code (such as in Update()), get the reference once and store it in a variable, then use the variable in your loop or Update() method.

We need a method to play a sound, so add this method to GameManagerScript:

Now, let’s add our calls to PlaySound(). At the beginning of the GoalScored() method, add:

At the end of the GameOver() method, add:

The next thing we need to do is clear up a gameplay issue that’s currently in the game. When a player reaches 3 points, the game resets abruptly. We will add a popup to congratulate the winner and provide a ‘New Game’ button to restart the match.

Open BallScript and create this new method that we can access from other scripts to stop the ball moving:

While you have BallScript open we will make a slight change so that the ball doesn’t always start off traveling in the same direction after a goal is scored.
At the end of the Start() method, add this extra line:

That line effectively reverses the ball’s starting direction every time the game resets after a goal is scored. This works because the screen centre is (0,0), meaning a positive force value will push the ball to the right, and a negative value will push the ball left. Multiplying forceValue makes sure that the next time the ball starts it will go the other way. A simple little hack, but it works.

Save BallScript to apply the changes.

This method just needs to tell the ball to start again, and we will trigger it to run when our ‘New Game’ button is pressed.

Before we get to creating our end game screen, delete the following lines from the GameOver() method (as we have now placed them in the StartNewGame() method instead):

This just means the score stays visible until the game is reset so the winner can gloat. Save the script and go back into Unity.

Create a new GameObject and call it EndGame. Make EndGame a child of Canvas by dragging it into the Canvas GameObject.

With the new GameObjects created the Canvas should look like this in the Hierarchy:

If you can’t see the text or button, make sure Background is listed above them in the Hierarchy.

Next we need to make the button restart the game. To achieve this:

Now you might (rightly) be thinking ‘wait, we’ve covered our game screen with this menu’. We must implement a way to show and hide the menu.

Show and Hide the Menu

Unity lets us turn GameObjects on and off via the SetActive() method. We’ll add a reference to the EndGame GameObject in GameManagerScript, then at the relevant times we will set EndGame’s active status to on (true) or off (false).

Add a serialized field to GameManagerScript:

Now you must populate that serialized field with the EndGame object. Select GameManager in the Hierarchy and drag EndGame onto the End Game Screen field.

Add this to the GameOver() method, just after the gameBall.Stop() line:

Now disable EndGame by default by turning off its transform. Select EndGame in the Hierarchy, then untick the little checkbox in the upper-left corner beside its name:

This also hides it while we’re in Unity working on our game.

Now hit the Play button and try out the game…

…weird, huh? The ball just moves up and down! It’s almost like we’ve taken a step backwards…

What happened is that when we changed GameManagerScript we inadvertently made the Ball’s Start() script execute twice, pushing the ball in one direction, then immediately in the opposite direction. This sort of thing can happen when you access public methods and variables between scripts, which is one reason you should avoid public whenever possible.

Let’s rework BallScript a bit to remedy the above problem. Open BallScript. As you see, the Reset() function calls the Start() function. We also call Reset() from GameManagerScript whenever a new point or game starts.

Cut the following lines from Start() and paste them into Reset() at the end of the method:

Also, remove the call to Start() from within Reset(). Save the script, save the scene, then playtest the game. That’s better!

A lot of what we did was familiar, such as populating fields that were exposed in the Inspector via [SerializeField]. We added audio clips to GameManagerScript this way. We then used references to those audio clips to play the sounds we wanted at specific times during the game. OK, the sounds aren’t exactly thrilling, but hey, you’ve learned how to add sounds to a Unity game, right?

We also touched upon Unity’s ways of finding components and GameObjects from a script via the GameObject.Find and GetComponent methods. We learned that these shouldn’t be used in any code that frequently repeats.

We did a bit more work with Unity 4.6’s new GUI system to create our end game screen, and learned a few more scripting techniques in the process. We went and added a few improvements to our scripts. The game still needs a little more…juice.

More about that in Part 10.